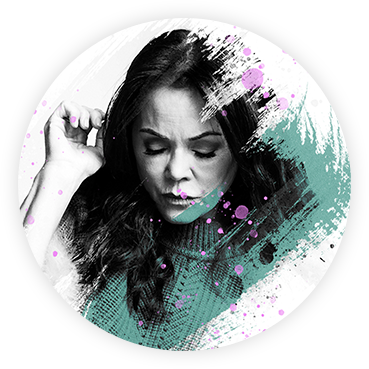 From her start as a Playboy Centerfold and Covergirl to her life as a Screen Actors’ Guild member and later, achieving the Top 5% in her industry as a member of the Million Dollar Roundtable, Deborah Driggs has had to clear many hurdles in life. While it may seem like Deborah’s success came easy to her, nothing could be further from the truth. Rather, she has had to overcome a number of challenges in life to get to where she is today. What is true - and a part of her character - is her willingness to take risks, maintain a positive attitude, and never take ‘No’ for an answer.

Sometimes we are triggered and don’t even know it is happening. Then later we might say, “I have no idea why I got so upset about that.” Here are a few of the most common triggers:

Bigger triggers could be full-on trauma, such as death anniversaries, news (e.g., COVID), family friction, losing a home, war, or horrible memories or stories that keep replaying in your head.

We live in a world where people are guaranteed to judge us, challenge our beliefs, and criticize the way we vote and love. It can be painful at times, but we do not have to suffer! Suffering is a choice. 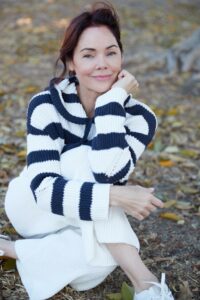 I have been in tune with my triggers and trauma over the last six months. I’ve written a lot whenever something doesn’t feel right in my body or if I am having thoughts that don’t serve me. When things go wrong, I get out my journal.

I have suffered trauma in my life, so at fifty-seven I have become an investigator of how the thoughts and events in my life can trigger those traumas. Now I’ve decided to make it fun! I know, crazy, right? Making trauma fun? I wanted to make the events that happened to me less scary and write a different script.

Boy, Have I Had Traumas

My first trauma that I remember happened when I was five years old. I fell off a wall and hit the pavement hard. I broke all the cartilage in my nose and suffered a horrible concussion. When you break your nose that young, it’s like having a baby nose forever. My nose never grew properly after that. And it caused more trauma because I was bullied and called “pug-nose” and other names. Since then I have had eight reconstructive surgeries on my nose. Eventually, I became an expert on rhinoplasty. The last surgery I had was in 2012, lasting seven or eight hours, where they took a shaved piece of my rib to make a nose for me. The surgeries also caused me to become claustrophobic.

My second trauma was my parents’ divorce. Third trauma, sexual abuse. Fourth trauma, high school murder. My first boyfriend in high school murdered the girlfriend he had after me. I also lived with a verbally abusive alcoholic parent. Then there are physical traumas: I was in two bad car accidents. And I was thrown off a horse, nearly breaking my neck, and was rushed to the emergency room at eighteen years old. I had neck pain for years. 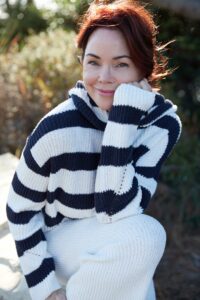 Why did I decide to make my trauma a fun adventure? I made a decision that these events were no longer going to control me and I would do whatever it takes to change and rewrite the stories. Hell, they got me this far in life, so why not explore them?

How To Have A Trigger-Free Day

Here is how I have a trigger-free day. The most important thing is to be aware of your triggers and traumas. I know they’re there, but now I talk about them more. I try to explain how I am feeling when they arise because a common thread among trauma survivors is they have difficulty connecting and expressing.

When I feel uncomfortable, I say, “Something about this makes me uncomfortable.” Just saying that out loud to myself or whoever is with me takes the power away almost immediately. I like to think of it as saying to the trigger, “Hey, I know you are here, so what’s up? Do you have a message for me?”

I wish I was aware of this little trick sooner. It could have saved me from all the fear I had been living with. This exercise has certainly been shared by many brilliant people before me. Expressing how you feel when emotions arise as well as exercising, cutting back on social media, sleeping on decisions, and getting a good night’s rest can all help you have a trigger-free day. 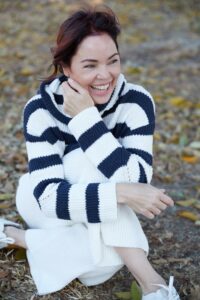 Talking To Trauma On Trigger-Free Days

Don’t get me wrong—I am not in any way trying to minimize trauma. There are many things I have not experienced. Trauma is very serious and painful. I sat in that pain for so long that I did not realize I was sitting in it. I would feel horrible panic and fear, and I just thought it was caused by a current event. I was hiding my feelings because I didn’t want others to know I wasn’t okay.

I decided to make this journey fun and share my story. My triggers might help someone else who is hiding like I did. It is no fun to feel unseen or misunderstood.

I talk to my bad days, triggers, and thoughts, by saying, “Why are you here? Is there something I need to learn from this today?” Try it! The next time you have a negative thought or a moment that isn’t serving your best interest, ask it those questions. I bet your mind has the answers.

My new question I ask myself now in those moments is “What would the best version of myself do in this moment?” I know what the bad version would do; I let the bad version run the show for way too long. Now I practice having a trigger-free day.